Launch of Marevo in Kyiv 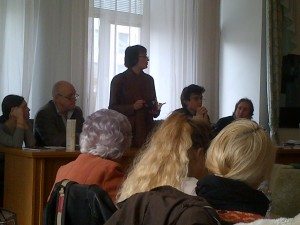 I’ve just spent a week in Kyiv, launching Marevo: featuring poems from Coleshill and new poems in translation by the fine Ukrainian poet Yuri Burjak. As winner of the Tatras Shevchenko Prize, he is this year’s national poetry laureate. Some of his own work has already appeared in Poem. 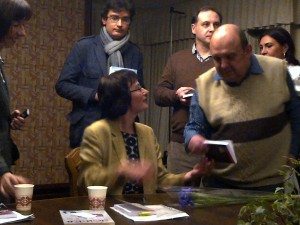 Marevo (маревo, which means Mirage) is published by Ad Fontes, and was launched in generous style at the Hrushevski Writer’s House Museum, in a room packed with writers, critics and editors. An actress read the Ukrainian texts. The level of debate (such as about the removal of the self  – the “I”) was such as we can only dream of in London. There were speeches, toasts, and flowers. The next day, we did the same thing again at the Philology Institute of Kyiv State University. Again, the room was packed. Again, there were flowers and speeches – and coffee to replace the brandy… 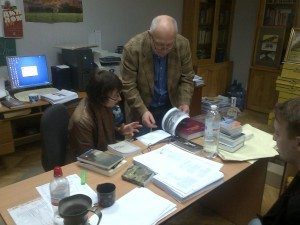 In between launches, there was an hour and a half on Radio Ukraine’s Culture Channel, a lengthy interview for Kraiina, a mass-circulation magazine, and a literary interview for the arts journal Shto… there were new friends made and a chance to fall in love with this astonishing city. I can’t wait to return.